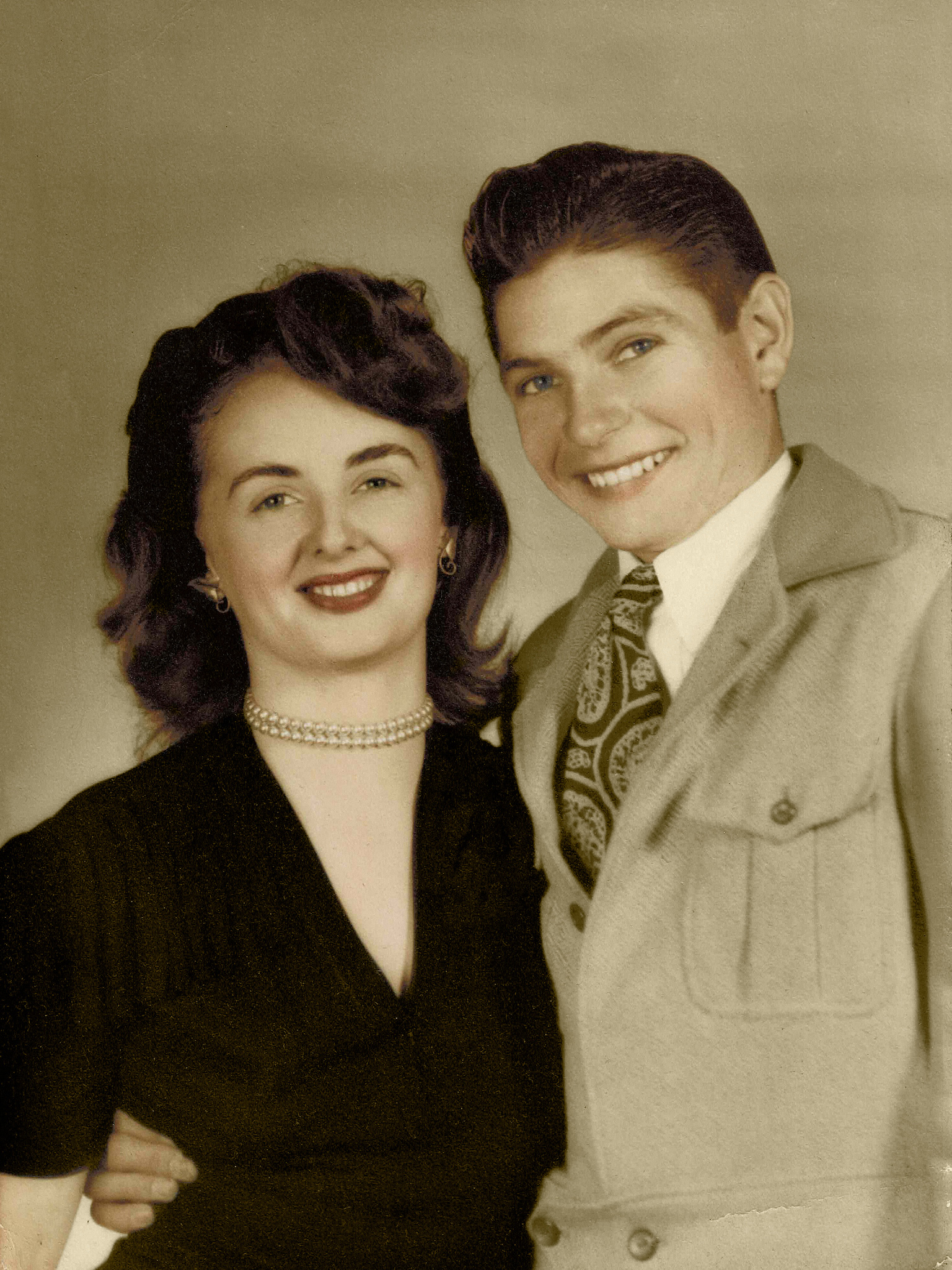 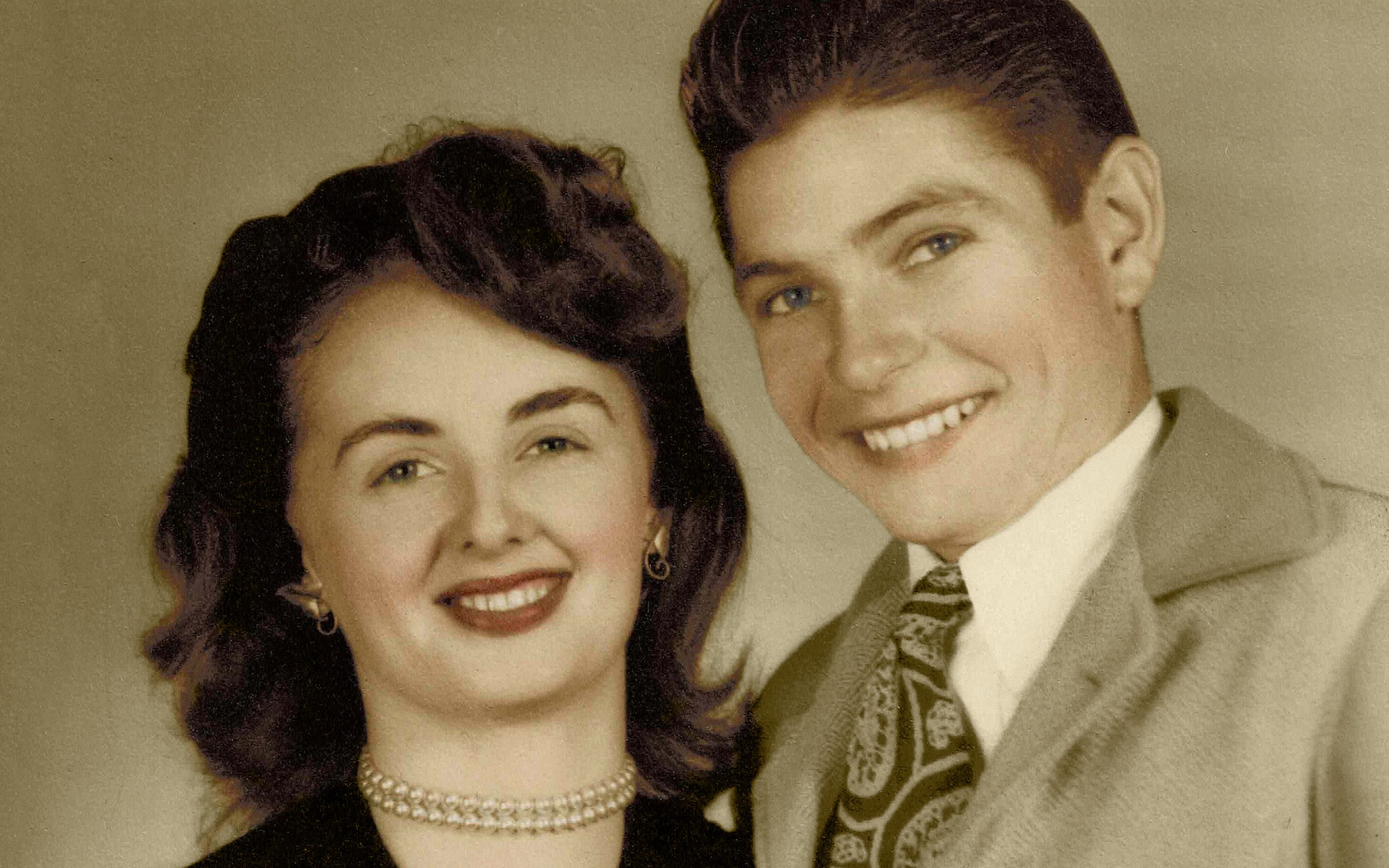 On October 2, 2018, my maternal grandmother left this world for the next. She was 91 years old. As her oldest grandson, I had the privilege of delivering a eulogy in celebration of her life. This is what I said.

To some of you, the woman we’re celebrating today was Carolyn Bean Harding. To a lucky four, she was Mom. To me and 22 other grandchildren and great-grandchildren, she was and is Nanny.

People usually speak of the deceased as if they no longer exist, especially as time goes on. As I was thinking about what I wanted to say to you all, my thoughts about Nanny kept drifting from present to past tense and back again. After all, Nanny is very much alive, in heaven, right now. And having died once in the flesh, we believe she will never die again. But while her soul is with Jesus, her body remains here on earth. This is Nanny, but it’s not. Though she’s at peace and free from suffering, she will not be whole until the day Jesus returns in glory.

In light of that, I want to talk about Nanny in the present tense.

At a Christian funeral such as this, we want listeners to come away with a sense of the departed person’s faith. But if we don’t tell stories that celebrate personal qualities and peculiarities, any account of faith will seem one-dimensional and will dishonor the dead and our audience. Creation shows us God’s passion for detail, color and variety. Because beauty is inherently good, it is worth celebrating on its own terms, with no need to force it through a screen of spiritual platitudes. So today, I’d simply like to offer a little sketch of my Nanny.

Nanny is, by all accounts, a hoot, a handful and a half. She wanted desperately to be here for her own homecoming party and sends her regrets that she can’t attend on account of a prior engagement that is infinitely more exciting. If she was standing next to me right now, she might say, “It’s so nice for you all to see me.” Nanny had very specific ideas about this day and how we should behave. Again, if she was here, she might tell us to sit up straight, tuck in our shirts and dry our eyes – or cry if we must, but cry tears of joy because today is much more about gain than loss. And she’d want us to give thanks to her Savior who made this temporary home; made her, the woman of the hour; and with his own blood cleared the path that carried Nanny to her forever home.

Nanny always had a regal bearing. Ever since I was a little boy she’s seemed like a queen to me. Maybe it’s the gentle roll of her Southern accent, a certain kind of accent which is sadly fading from the world – the kind that glides over R’s and G’s but never bites them. Perhaps it’s her affinity for Victorian English culture. Or maybe it’s her obsession with silver shoes which often matched her silver earrings, silver jacket and silver hair.

Maybe it’s all of those things, but it is certainly because of the suffering God used to cultivate and ennoble her spirit. Like the hobbit Frodo Baggins in The Lord of the Rings, she sustained wounds in this life that could not fully heal. She outlived two husbands. She watched loved ones sabotage their lives. Some of them have returned to God and some have not. But the sum result is that these wounds crowned her with wisdom and mercy.

When I think of how Nanny loves people, the two words that come to mind are tenderness and tenacity. Time spent with her often included tears of remembrance or compassion as well as breathless laughter. She was always declaring biblical truth – “I declare…” Or, as often as not, she’d grab your arm and fix you in her gaze – “Jon, Sawyer, Bryan, Gary, Matt – let me tell you about so and so…” She might need a minute to find your name in her mind’s enormous Rolodex, but she had a crystal-clear message that would burn a hole in her brain if she didn’t let it loose. She’d launch into some rambling story that began with intense focus and trailed off into any number of self-interruptions.

Nanny took no guff and never feared conflict. She understands that if you want an omelet you’ll have to break some eggs or pinch some noses as the case may be, and was – on at least one occasion – with a full-grown man who was behaving badly.

It was her great joy to pray without ceasing for many people, myself included. She prayed more than a few saints into God’s kingdom. In fact, I believe her long prayers played a vital role in my own process of being dragged kicking and screaming into genuine faith at the age of 23. And she hung in there for many years with Mack, my grandfather, as he suffered ptsd and alcoholism. Her dedication and prayers were rewarded when Mack came to Jesus late in life and reconciled with many people. She even remained firmly committed to him in death, speaking of him at all times with great fondness and respect.

In her twilight years, God brought Nanny the surprise and delight of a gentle, wise and kindhearted companion in Christ – her Dee. Dee was (and is!) a lover of prayer as well. When he bowed his head and spoke to the Lord, a reverent hush would descend on the room. When he poured out gratitude or prayed scripture back to God, I could feel the distinct presence of Another. It brought us all great joy to watch Dee dote on Nanny, watch her honor him and watch them laugh at the grace that brought them together so late in life.

Nanny was the centrifugal force in our family. We gathered around her. She leaves us with a vacuum and a challenge to lean in and preserve the bonds of family and community.

This past February, when I learned Nanny had suffered a stroke which led to the loss of speech and paralyzed half of her body, it hit me like a ton of bricks. It seemed a fate worse than death for a woman who still had her wits about her, a woman of many words, to be struck dumb and immobilized. I was at first sad and then angry. Angry that this happens, to anyone. Angry at entropy, at sickness, at death and the futility of life in a twisted world.

Nanny was angry, too. She was ready to go home and couldn’t understand why the Lord hadn’t taken her. My family and I wondered, as well: has she not suffered enough? How long must she walk through the valley of the shadow of death? We prayed God would show her what grace he intended in this suffering, or that he would at least give her peace that would transcend understanding.

Last month, God answered my prayers. I was listening to a sermon series on the book of Revelation, delivered by a pastor named Rankin Wilbourne. In one of the sermons, he talked about how everything we do in this life, every decision we make, has an impact in the next world. While our salvation comes from Christ and through faith alone, and while there is no condemnation for those in Christ Jesus, we will each have rewards in heaven proportional to the way we live in this life.

Wilbourne talked about how the early church found an intimate understanding of this truth through the metaphor of a cup. Each person has a cup that will contain an infinite overflowing of joy in heaven. And each person’s cup is a different size. Even the smallest cup equates to an eternal weight of glory. The depth of enjoyment we find in God and the sanctification enacted by suffering determine our capacity for heavenly ecstasy. The sweet and the bitter mix, preparing a perfectly aged, one-of-a-kind wine for each of us who believes in Jesus.

A few days later, I called Nanny and told her about this sermon and the cup metaphor. I said, “Nanny, I know you’ve been wondering why the Lord has not taken you. Why you’re still here. And it’s hard. It’s humiliating to rely so completely on others. I can’t even imagine what this must be like for you. But Nanny, after hearing that sermon I finally understand: I think your cup just wasn’t big enough. The Lord has kept you here just a little longer so that your experience of heaven could be that much richer. It may only grow your cup by one or two millimeters, but we can’t comprehend the eternal impact of these last months.”

Nanny was very weak and could hardly speak by that point, but I could tell from the halting and tearful sounds on the other end of the line that she knew. She saw. She understood.

That was the last time I spoke with Nanny before she left this world. I’ll treasure that conversation for the rest of my life.

The Lord is beautiful. Precious is the death of his saints.

I’ll end with two brief passages of scripture. The first is from the Psalms and the second from Romans 8, which is among Nanny’s favorite passages in the Bible.

“The Lord is my shepherd; I shall not want … Even though I walk through the valley of the shadow of death, I will fear no evil, for you are with me; your rod and your staff, they comfort me … For I am sure that neither death nor life, nor angels nor rulers, nor things present nor things to come, nor powers, nor height nor depth, nor anything else in all creation, will be able to separate us from the love of God in Christ Jesus our Lord.”